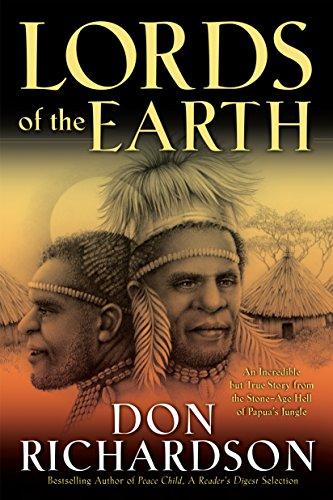 Don Richardson wrote in Lords of the Earth a popular-level biography of Stanley Dale. He was a remarkable missionary, who, with his wife, Pat, and their four children, served among the remote tribes of New Guinea in the mid-20th century.

Stanley considered Bible translation and church planting among the unreached worth every last effort. He believed, in Richardson’s words, the first was a “sacred obligation,” and the second, “the most meaningful wonder on earth.”

The experience of contemporary missionaries, as well as his own study of the history of the Christian church, convinced Stanley that translating the Scriptures into every man’s mother tongue was a sacred obligation.

In a sermon delivered in 1950, Stanley proclaimed, “Four hundred years ago, William Tyndale was strangled and burned for giving the English people their own Bible. But as a result of his labors, English plough-boys came to know the gospel better in some instances than bishops in their cloisters! Tyndale could lay down his life a happy man!

“And so today also hundreds of young men and women count it worth any sacrifice of time, money, or life itself to give God’s Word to all of earth’s tribes in their own languages… Restless millions await the Word that makes all things new.” …

With Pat by his side, he would put both his faith in God and his theories of missionary practice to the test against who knows what odds. With every last sinew, he must struggle against those odds until the most meaningful wonder on earth, a New Testament church, shone forth in the most unlikely setting on earth, the stone-age hell of interior Dutch New Guinea!

Don Richardson, “Chapter 8: The Unforgiving Minute,” Lords of the Earth

Search the web for “Bible translation” and “church planting” together. If you are looking for articles of thoughtful interaction, you’ll be disappointed. But you will find this article from …

When you aspire to make disciples of all nations, you must prepare to work among people who cannot read and leave them with what they need to carry on the …

At CTBP we know you’re looking for the perfect Christmas gift for the little ones in your life. Something simple yet significant. And you want our recommendation. Well… Why …