We do what we do because we desire for everyone to have a chance to hear and respond to the Good News in their own language. But given the shrinking domain of minority languages, and the problems associated with identifying a “mother tongue” for many speakers in the rising generations (see Part 1), is bridging into these languages with the gospel still necessary? The cost is high in terms of time, labor, money, and risk; what are the gains? It’s a question we’re facing more and more. It’s far from comprehensive, but here are some reasons I still see value in working in these small mother tongue languages. Do they add up to a good investment? I offer these thoughts as an invitation for you to contribute your own.

Families in our town will sacrifice almost anything to put their children in an English-medium school. Majority languages are clearly seen as the path to the future, a means to earn respect and cold, hard cash. Likewise, people are used to earning their way with the gods. Notably, only the majority tongues have been used in church. Consistently across our region, believers have heard the gospel in a national language, which is also used in worship. In many cases, minority language speakers have been required to progress in the language of church before being baptized.

One primary reason to bridge into mother tongues, then, is the incarnation. Christ brought the Word to us. We didn’t have to go searching for him; the Word came near to us (Romans 10:6-8). The God who stoops to speak — and listen — in the language of grandmothers is not an aloof and power-hungry deity modeled after the greedy spirits of animism. In bringing the gospel into these tongues, we demonstrate not the wisdom of the world, but the foolishness of God which is wiser than men (1 Cor. 1:25).

Terms for spiritual concepts such as God (as opposed to “gods” and “spirits”), forgiveness, and holiness may be foreign to the mother tongue religious context and may need to be negotiated. Those who first encounter these concepts in foreign words (religious terms here often draw on Sanskrit for their origins) sometimes struggle for years to fully understand.

Equally important, these believers usually do not feel competent to explain the gospel to family and friends who don’t share their majority language competence. Hence the gospel tends not to travel along the family and acquaintance lines it followed in the New Testament. The opportunity for the relational progress of the gospel is yet another reason to bridge into the mother tongue. 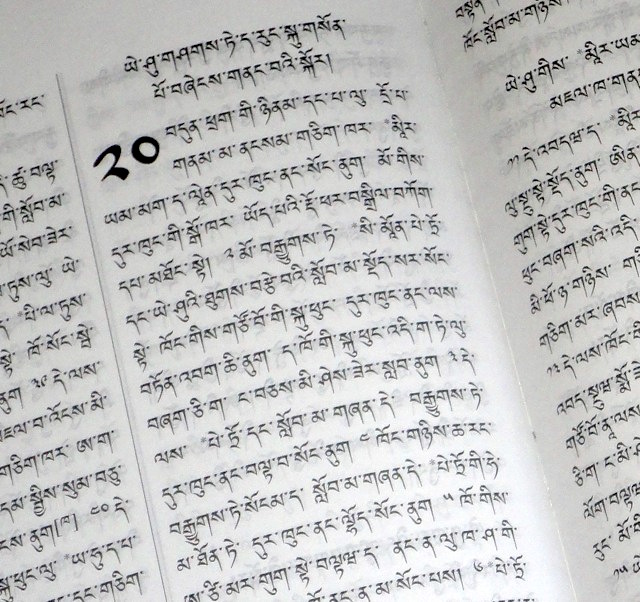 The ability for the church to see itself in right standing before God is also in play. Traditional religions rely heavily on religious “experts” who manipulate the spirit world on behalf of everyday adherents. This attitude easily carries into churches, where leaders are given great respect and skirmishes over the allegiance of followers are rampant.

Tribal identification remains strong, even among those who speak the majority language. Attending a church based in the dominant culture increases the tendency to rely on an expert — a particular pastor or teacher — to bridge a perceived barrier between the individual and God. The need to pray and access Scripture in a language you don’t consider your own compounds this sense of distance. When believers within a language group meet to negotiate spiritual terms, tell Scripture stories, and write worship music in their own language (and artistic forms), that perceived barrier shrinks, even without a completed New Testament or an exclusively mother tongue worship environment.

These are a few of the reasons I see value in engaging the mother tongue, but questions remain. When is translation part of the gospel mandate? Are stories and terms that link to an existing translation enough? Or to go even further, if the mother tongue appears to be losing vitality, is it worth going back? Is language preservation ever a part of the gospel task, particularly if it is on the hearts of those the Father is moving to reach their own people? What will it take to say to people, “The Word is near you, in your mouth and in your heart?” (Romans 10:8)

The 20th edition of the Ethnologue was released on the occasion of International Mother Language Day. The Ethnologue has been documenting the world's languages since 1951. This edition lists 7, …

Christianity is a translated religion without a revealed language. The issue is not whether Christians translated their Scripture well or willingly, but that without translation there would be no Christianity …

The first thing that happened in the life of the church was translation. N. T. Wright, in reference to Pentecost, Preface of The Kingdom New Testament. …